The Dinosaur Park is situated next to the Sudwala Caves, 30 minutes drive from Nelspruit, Mpumalanga, South Africa.

Also on display are live Nile Crocodiles, perfectly adapted to survival and not much changed from their ancient relatives.

The park is set in a lush sub-tropical forest garden, where monkeys and red-breasted cuckoos abound.  New is a magnificent ‘viewing deck’ from where the Rainforest Valley (National Heritage Site # 167) can be observed – with occasional glimpses of wild chacma baboons.

Take a walk with the Ancients.....
This is a great experience for any keen walkers or hikers who would love to experience some phenominal views of the Lowveld and learn a little about ancient civilisations...

At the foothills of the Sudwala Caves, ancient stone ruins reveal the existence of mysterious inhabitants many thousands of years ago. The ruins are to be found in a natural ‘forest’ environment, on the banks of the Houtbosloop River. Stone walls, terracing, circular structures and the embankment of an ancient roadway to the caves can clearly be observed… Read More

The Entrance fees for the Sudwala Dinosaur Park are as follows:
Adults:  R70
Children: R40
Under 5's: Free of Charge

Group rates are available on request.
Please contact us for more information. 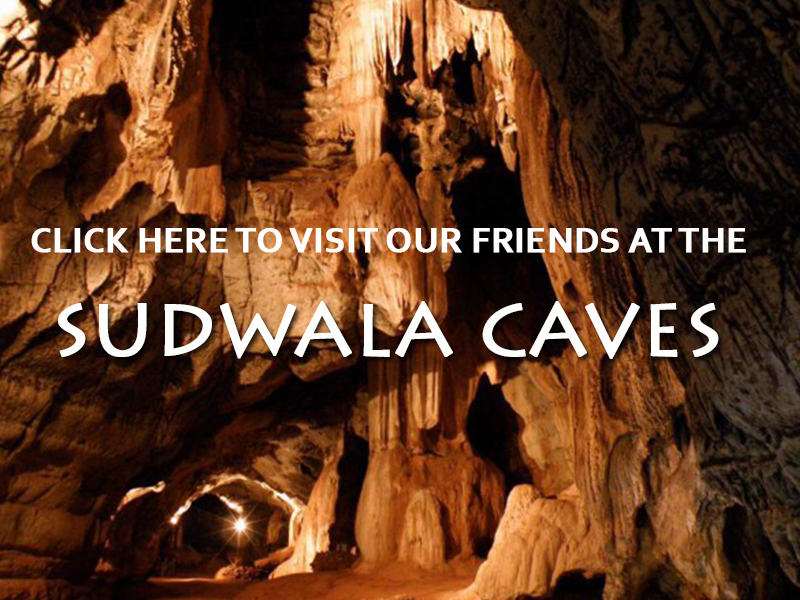 The Dinosaur Park is situated next to the Sudwala Caves, 30 minutes drive from Nelspruit, Mpumalanga, South Africa

Visit our library of Videos for a brief insight and an online welcome to the Sudwala Dinosaur Park in Mpumalanga.

Don't be caught confused! The What Is It? interactive app will let you know what it is that you are looking at! Download it here...